live TV show, last June 5, of the TV program Bel tempo si spera, […] aired on TV2000 […] with Marco Lo Russo Rouge, who has received enthusiasm and another great success of audience. […] Numerous appreciation […] the Cardinal Gianfranco Ravasi […] expressed appreciation for the sensitivity and artistic activity of the Master, considered among the ambassadors of the Made in Italy musical culture abroad. 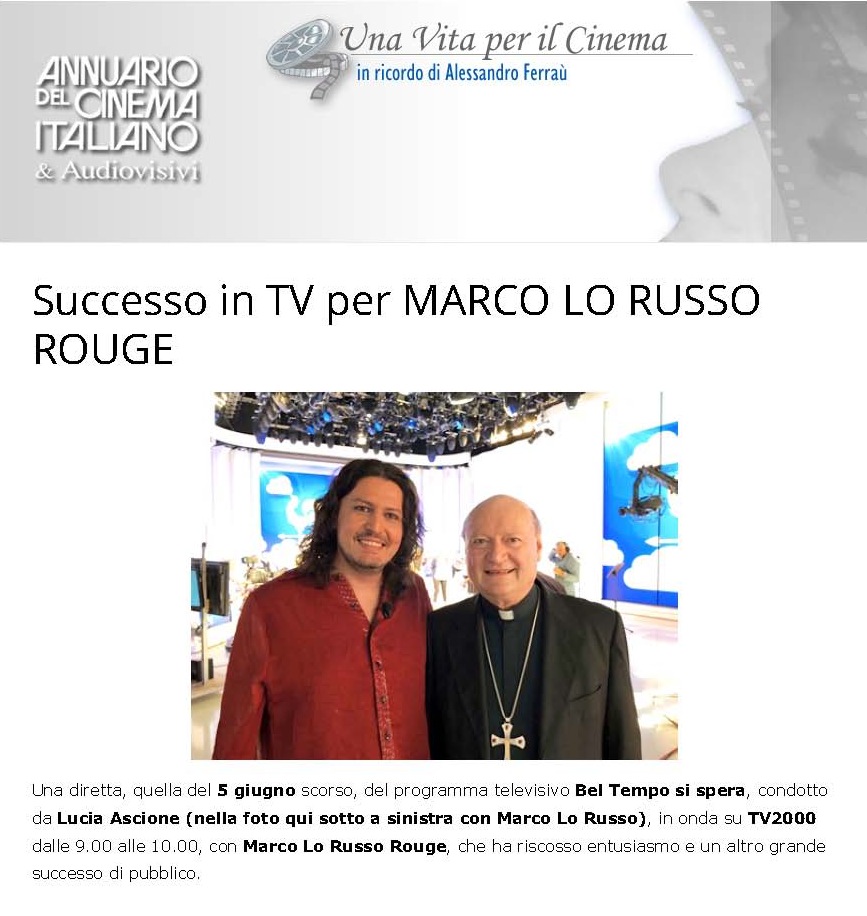