[…] This talented and eclectic musician makes his key idea of sound that “sings” love and yearning and that assumes the dual role of poetry and performance […] This is a kind of music that follows a journey of feelings that are sensual persuasive in the classics about the passions Piazzollane […] and ripping surprise in ethno-jazz […] perfect in Figaro’s “cavatina” and in chromatic points of Don Pullen in Cin Cin Weird as in the free jazz in Shadow […] The artist’s Mediterranean journey along  […] fluid, creative and emotional compositions steeped in dance which soon reveal their nature of dreams told in the notes, which run as an orderly flow in the disorder which is motivated and powerful. A strong counterpoint in classical instruments […] wild in contaminations outside the vessels constricting the rigid gender distinctions; Latin blood that flows into the Middle East river, which in turn makes his waterfall into the afro-black jazz to come up again into the sweetish Europe lagoons  […] On a first-class trip that is likely to emerge between the bellows of Marco Lo Russo’s  the accordion by a unique example of a compositional style that is extremely valuable, reels and vertigo music that hardly make it possible to not get stuck in the middle. 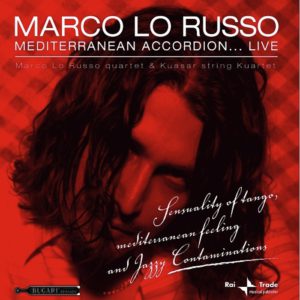 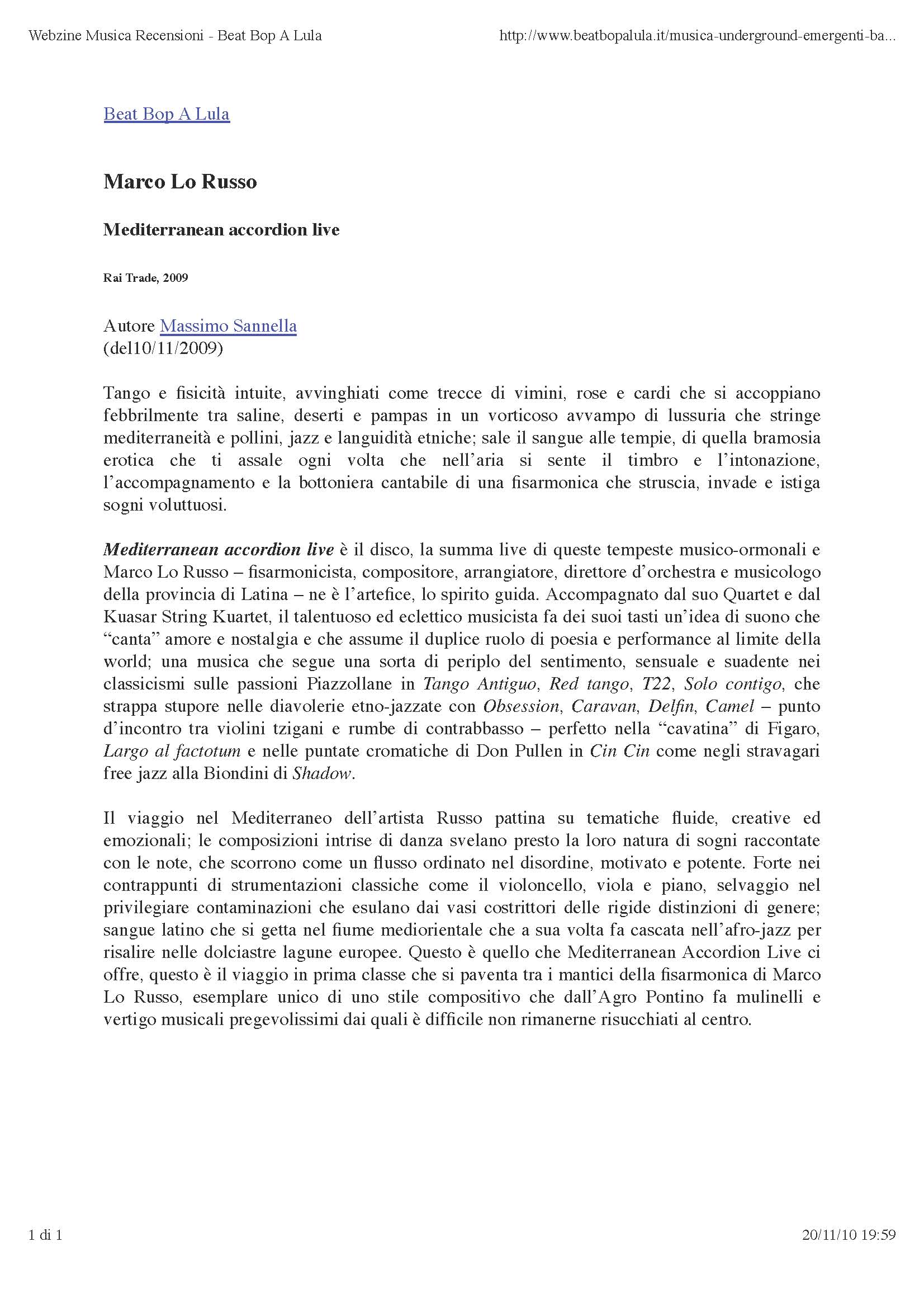