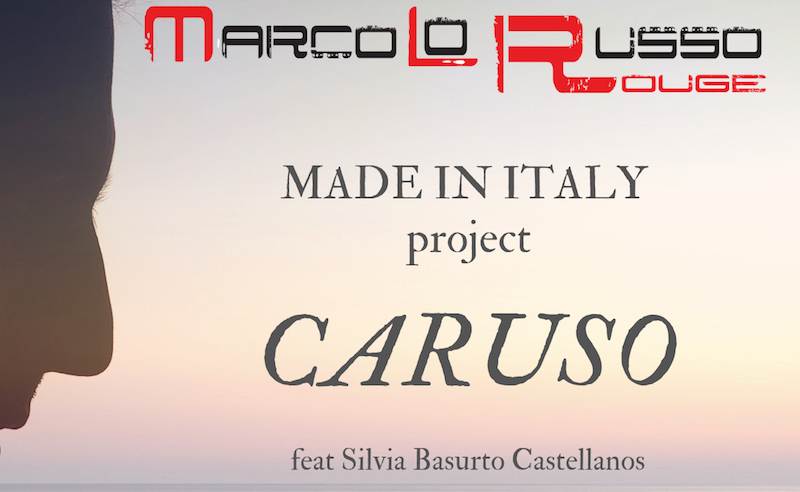 PRESS RELEASE. The Rouge Sound Production, label directed by Marco Lo Russo, after the music production Ave Maria dedicated to Pope Francis and the realization of soundtracks for TV, Fiction and Cinema, including for Being Missoni, the film broadcast on Sky Arte on the famous house of Italian fashion, he release a new music production: the electroacoustic revisitation of the song Caruso by Lucio Dalla.

The song, soundtrack of the shows and concerts projects, for charity Made in Italy, which Marco Lo Russo has been promoting for years all over the world, in addition to the accordion, project’s leading instrument, was presented in Mexico in Made in Italy tour concert Mexico 2018 last January and saw the special participation of Mexican singer and percussionist Silvia Basurto Castellanos. 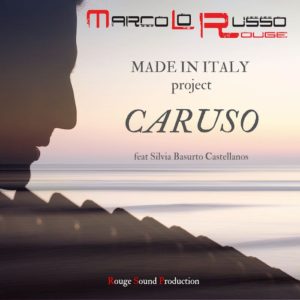 The EP Caruso by Lucio Dalla, one of the most famous Italian melodies in the world, arranged by Marco Lo Russo Rouge, co-produced with the collaboration of the producer Nicola Valente and some members of Marco Lo Russo Music Center Association, including Giulio Vinci and Maria Francesca Bartolomucci, contains the song in three versions: instrumental, sung in Italian and Spanish with ingredients of electronic and acoustic music that distinguish the typical sound of Marco Lo Russo.
The single, release by Rouge Sound Production, available online, is the first of other revisitations of Italian songs in production, which will soon give life to the album Made in Italy.

Caruso in EP can be heard on Spotify or you can buy on iTunes Google Play Amazon and on many other international digital platforms.

The photo on the cover is by Polish photographer Arkadiusz Sedek and the graphic elaboration by Marco Lo Russo Music Center Association.

The Marco Lo Russo Music Center Association, in addition to the activity of music production and international concerts, has always been involved in fundraising charity to support disadvantaged realities all over the world. Contribute with a donation is very simple, even with Paypal.

Music create walfere and can do good!