[…] Marco Lo Russo […] ready for a new performance, this time at the Maratea Award […] considered Ambassador of Italian Music with his musical project Made in Italy […]

Refined musician always at research of new sounds […] always accompanied by his inseparable accordion, with which he made several times around the world, from west to east […]
On 9 February […] it will fly to the pearl of Basilicata, Italy to attend the ceremony for the award of the Maratea Culture and Society Award, a prize that this year will be presented to the Prefect of Potenza, Giovanna Stefania Cagliostro and at the Director of the Office of Cultural and Tourist Systems of the Basilicata Region, Patrizia Minardi, in the year in which Basilicata had the honor of seeing Matera like European Capital of Culture.
[…] Marco Lo Russo, musician, composer and conductor, excellence and pride of the Pontine territory […] will embellish the ceremony of the Maratea Award, with the sounds of his accordion arriving directly at the heart of the spectators. 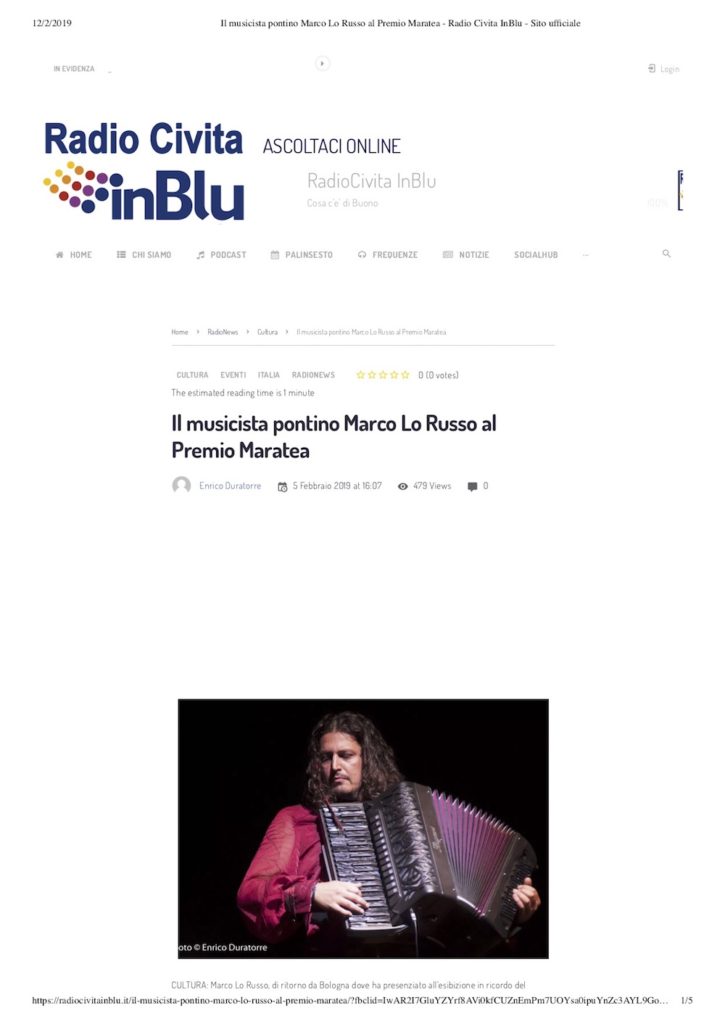