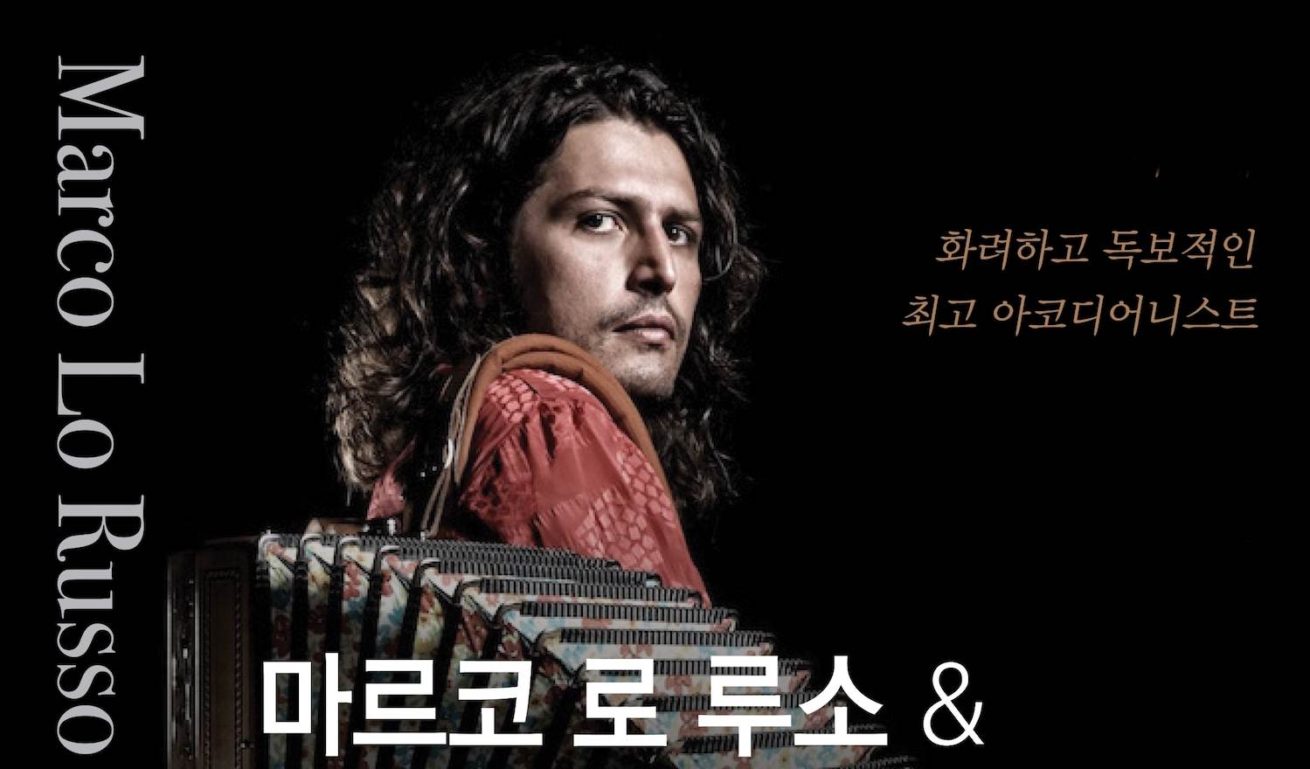 PRESS. After the Made in Lazio project for the Municipality of Priverno, Latina, Italy, the composer, accordionist and producer Marco Lo Russo aka Rouge returns to bring his Made in Italy concerts around the world.

From 22nd to 28th september 2019, in fact, Marco Lo Russo will be back in South Korea to perform as a solo accordionist with the youth orchestra Seul Viola Ensemble in a series of concerts that will range from classical music to original compositions, soundtracks, world music and jazz. For the occasion, the musical arrangements for string orchestra were curated by Marco Lo Russo.

Thanks to the initiative of the Marche Region, on a project by Music Marche Accordions and with the sponsorship of the Municipality of Castelfidardo in the province of Ancona, Marco Lo Russo has already been the protagonist of an accordion dissemination mission in Korea in November 2018 like endorser for Armando Bugari.

Marco Lo Russo, accordionist by Oscar-winning Nicola Piovani, composer of the soundtrack of the film Life is beautiful by and with Roberto Benigni, is honored to represent Italy and in this occasion in Korea, in particular, to involve young artists thanks to the concerts organization by BravoComm.

Marco Lo Russo’s Made in Italy concept, which has already debuted over the years in Cuba, in many European capitals, as well as in the USA, Canada, Mexico and Africa, is the confirmation that the Italian spirit in the world is always very much appreciated.

“The music is good and can do good!”