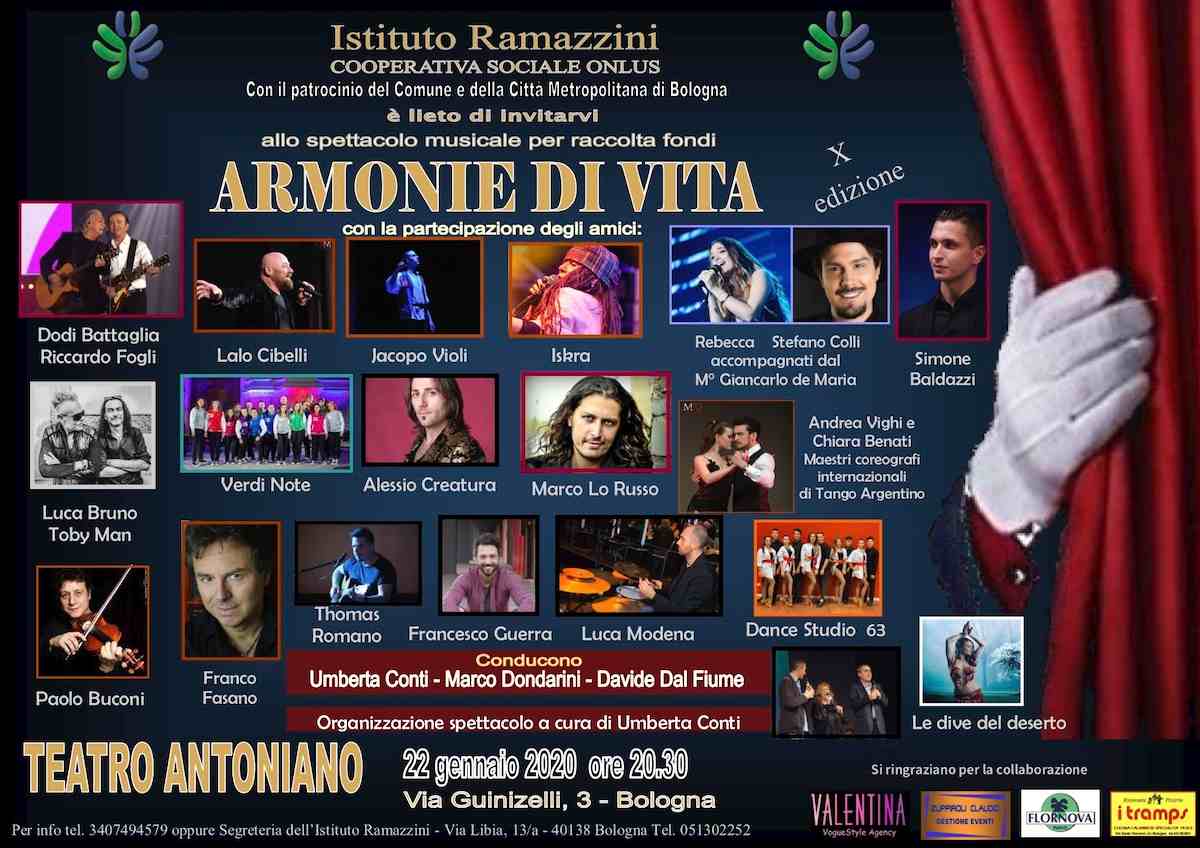 The new musical year will begin on January 22nd in the name of solidarity at the Antoniano Theater in Bologna. Together with other artists we will support the Ramazzini Institute which since 1987 has been engaged in the battle against cancer, environmental and occupational diseases. Join us! Harmonies of Life, 22 January at 20.30 Antoniano Theater in Bologna, Italy. Info: +393407494579 or +39051302252. See you there!