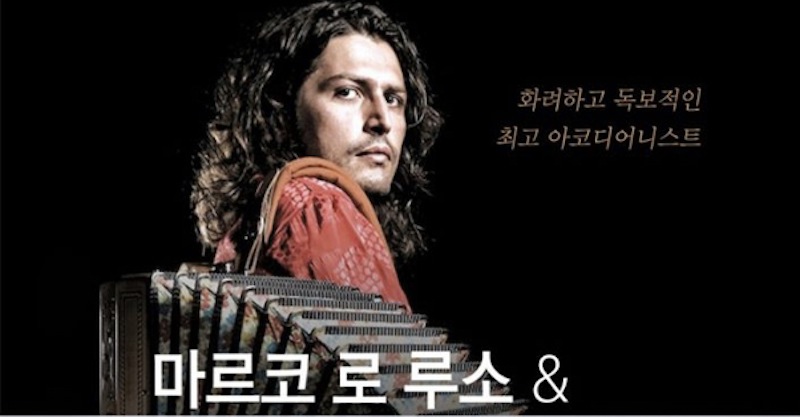 Made in Italy concert, the international live music proposal conceived by Marco Lo Russo, returns to Korea from 23rd to 28th September 2019. After the success of last November 2018 the concerts tour includes several stages in the most prestigious concert halls in Seoul.

With the promotion of Made in Italy by Marco Lo Russo Music Center association, to accompany Marco Lo Russo, there will be the youth orchestra Seoul viola ensemble to perform a program that will also include soundtracks of Italian cinema, arranged by Marco Lo Russo, and compositions of the same including the Ave Maria dedicated to Pope Francis published by Rouge Sound Production.

The tour it is curated by  Bravocomm