Among the Italian musicians of the new generation, Marco Lo Russo is distinguished by some features which make it a very original artist representative of the most advanced and updated guidelines of the musical culture of our time. Personality of considerable preparation (graduated in literature and philosophy at the University of Bologna), among its merits shows the commitment to make the accordion, estimated expert and virtuoso, an instrument of emerging interest in field of contemporary music considered in its various guidelines and aesthetic vocabulary. Its conspicuous activities as composer-performer has affected numerous musical institutions. The results by this activity are many discographic recordings and public recognitions.

Prof. John Carli Ballola
Emeritus of the History of Modern Music at the University of Salento
Academy of St. Cecilia in Rome 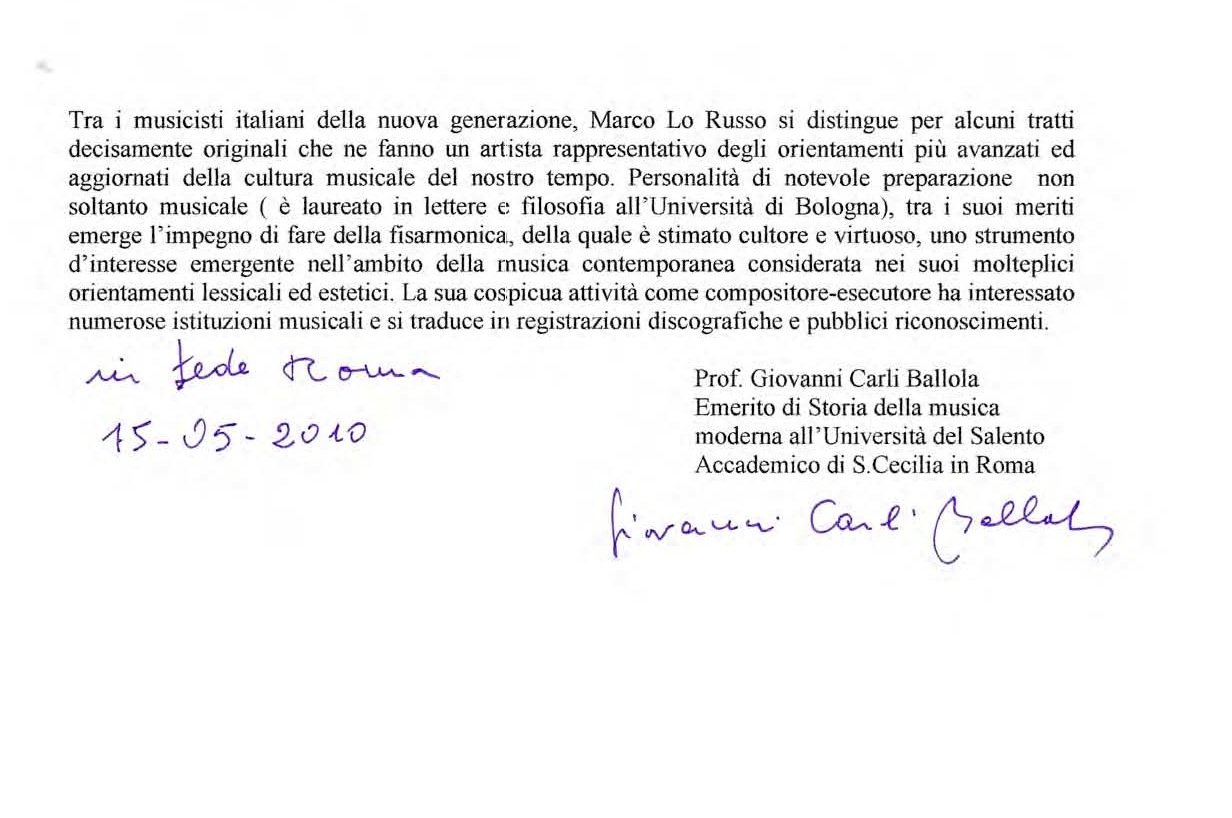 Source image of the publication TEATRI