[…] Modern Accordion, or words and music with accordion and dancers, by and with Marco Lo Russo aka Rouge […] . Marco Lo Russo has been described by critics as an artist who represents the guidelines of the more advanced and updated musical culture of our time.

The accordion is a relatively young instrument, because it was born in Vienna in the early decades of the 20th Century […] its cultural nomadism makes it an eclectic and versatile tool […] The recital by Marco Lo Russo was an explicit path through those particular types of composition, which does not have as its primary purpose the innovation of musical language, but the new elaboration of the same: that is not the quest for the new, but an operation on the musical language, and then linguistic variations. Starting from primordial sounds, the viewer is led moment by moment to take a path on particular melodies, which come together in a framework of colors and shades full of emotions. The framework is made up gradually, adding new notes to the initial notes that are walking in the history of humanity, from ethno melodies to more popular notes, to more sophisticated ones, and finally exploring the modern musical culture, with cool sounds, before arriving in the explosion of an improvised music (jazz) […] A really interesting and engaging show, a musical journey that starts from nature and comes to the history of humanity and civilization, offering a thrilling soundtrack to contemporary life. 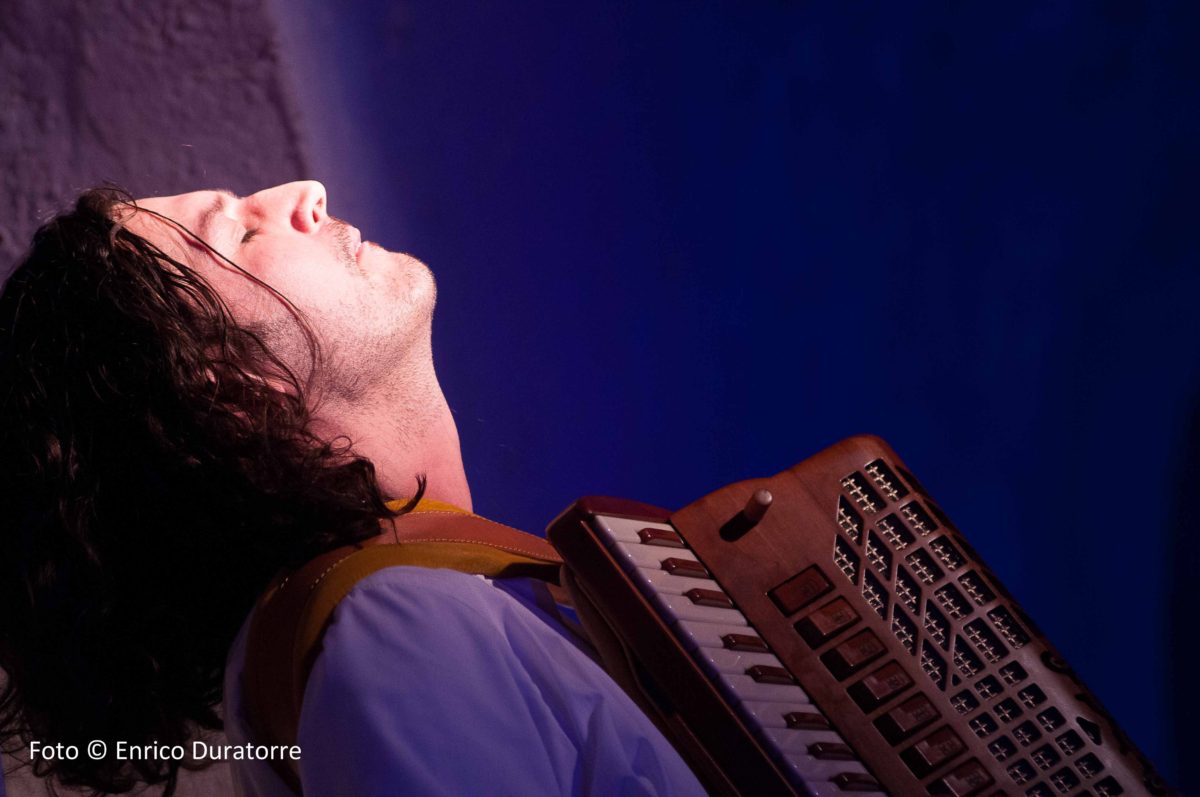