Marco Lo Russo, just coming back from international success in Korea with the Made in Italy project, has been special guest, on 27 December 2018, live of the television program Monitor su Lazio TV conducted by Egidio Fia.

In addition to presenting a preview of the recent music production Caruso by Lucio Dalla, he gave a long interview in which he spoke about his charitable artistic activity Made in Italy with Marco Lo Russo Music Center association, of the next projects and its relationship with the students of the Conservatory of Music. 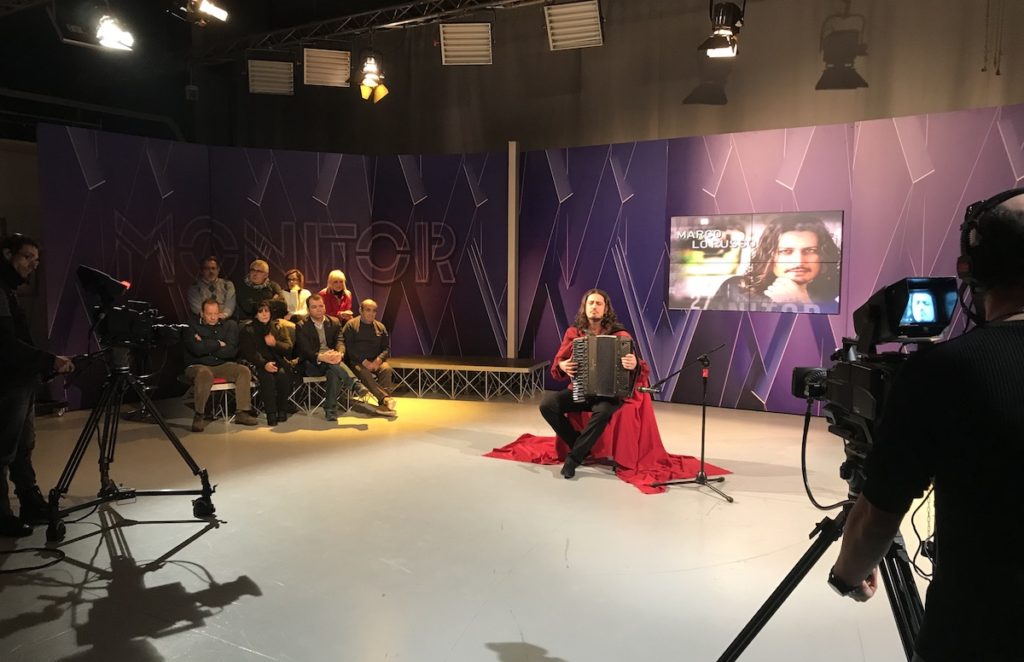