[…] internationally renowned artist who has made the accordion the undisputed protagonist of his musical art, redirecting it from the vision of a popular instrument of the collective imagination in a modern musical instrument. Composer, arranger, producer, musicologist, conservatory professor, he founded and directs the label Rouge Sound Production, expressing himself in a crossover mixing world music, jazz, classical and electronic music. […] He lives between Latina, Italy and the rest of the

world, traveling very often for concerts and musical productions from the USA to Canada, from South America to Asia, passing through Africa. In addition to being a lprofessor in Orchestration and Jazz Concertation at the Domenico Cimarosa Conservatory in Avellino, Italy he is a musician and composer who boasts collaborations with the likes of Leo Brouwer, Nicola Piovani and Lina Sastri, just to name a few. He has made and directed musical productions for the Eurovision Song Contest, has collaborated on Sanremesi productions, and has composed soundtracks for Cinema, TV, fiction, documentaries, theater and fashion shows […] Full interview in Italian of Marco Lo Russo su Life Factory Magazine 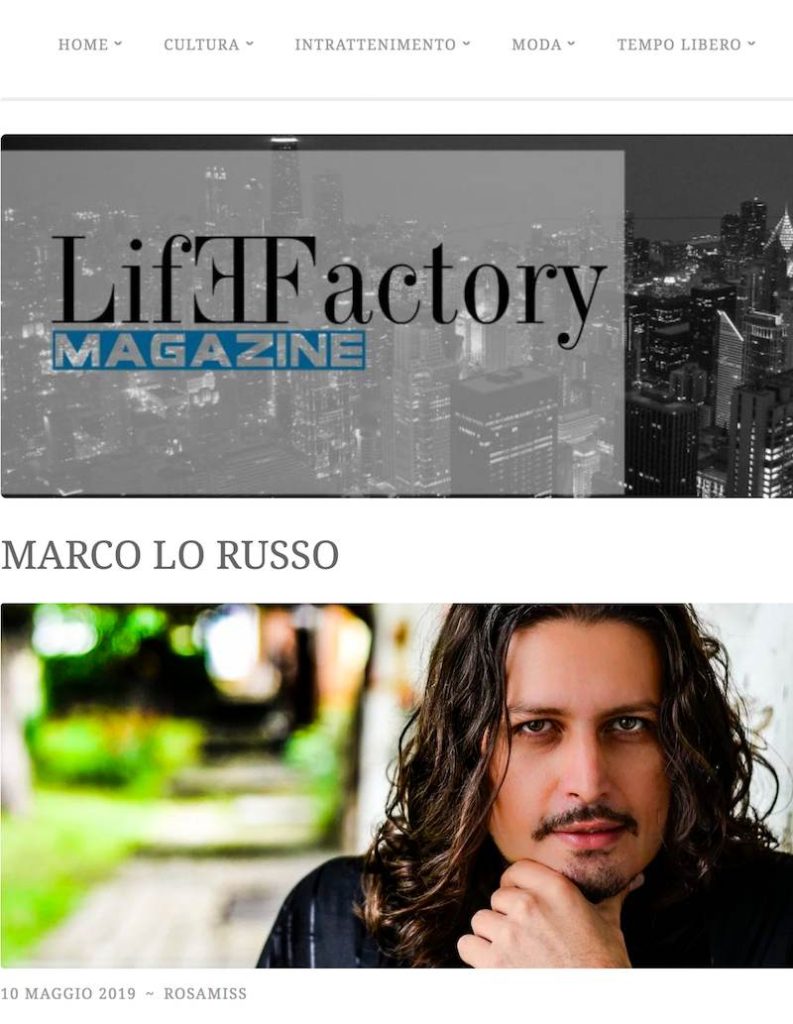