Night of Jazz in Krakow, in July 2016 the accordionist and composer Marco Lo Russo has performed with his unmistakable Made in Italy sound. Several events were held in the Polish town during cultural nights last July 2016: Noc Muzeów Museum Night, Noc Poezji Night of Poetry, Noc Muzyki Night Music, Noc Jazzu Night of the annual Letni Festiwal Jazzowy and Noc Sacred Krakow Night Holy Night. The city was packed with audiences and fans from around the world who have taken part in numerous events. The concerts planned in Letni Festiwal Jazzowy were numerous and were attended also by Pat Metheny and the Yellowjackets.
A great honor for Marco Lo Russo aka Rouge, as on numerous occasions, including the Annual Party at Jazz Foundation of America in the USA October 19, 2013, found himself sharing the bill with international artists.
With his accordion and his unmistakable Made in Italy sound, Marco Lo Russo, feat Giulio Vinci piano and keyboards and the Polish singer Agnieszka Chrzanowska with his band, the concert was held for the Night of Jazz July 16 2016 at the Club Aktora Spatif in the heart of the historic center of Krakow.
The event which took its title from a song written by Agnieszka Chrzanowska Jazz Fair Play has seen performing original compositions by Marco Lo Russo, international standards and compositions by Agnieszka Chrzanowska specially arranged by Marco Lo Russo himself in jazz version.

In addition to the Night of Jazz Marco Lo Russo he has performed for Krakow Sacra in the church of the Fathers Bernardini July 25 with the ecumenical concert in honor of Pope Karol Wojtyla, Dom Na Skale and had the honor of opening the World Youth Day WYD July 26, 2016 on the stage of the Błonia park where the same occasion was presented the new single and video clips Niebo ciagle nade recorded and released by Universal Music.

The repertoire of songs and original compositions by Marco Lo Russo, who was performed on the concert was extracted from the CD Mediterranean accordion live.
Listen on Spotify
Buy on:
CD Baby
iTunes
Amazon
Google Play 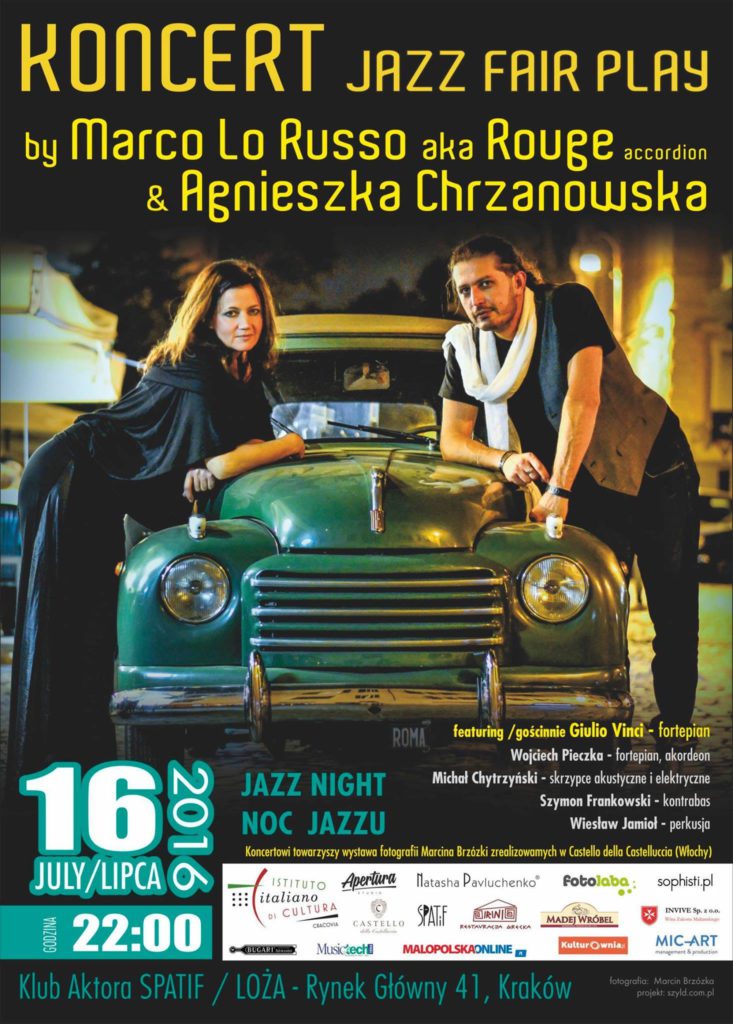 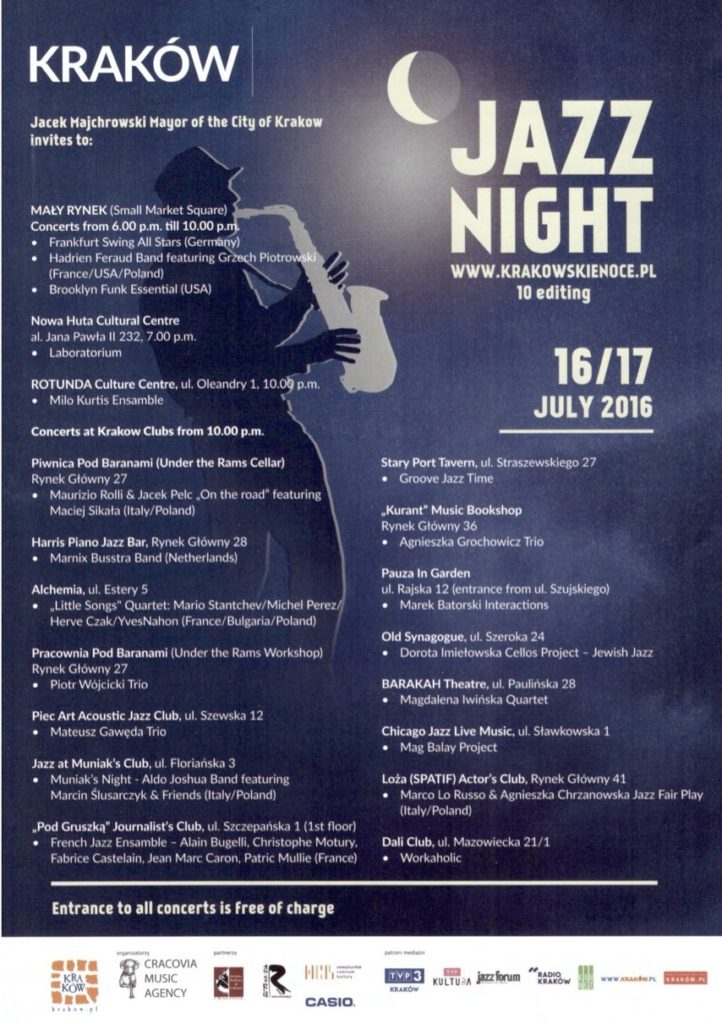