Marco Lo Russo aka Rouge was born the 27th April 1977 in Latina, Italy. Over the past years, Marco Lo Russo has emerged as an internationally acclaimed and extraordinary artist: musician, accordionist, composer, arranger, producer Rouge Sound Production, conductor, musicologist and professor in several Conservatory of Music in Italy and abroad in accordion, techniques of musical composition and arrangement, computer music, theory, rhythmic and musical perception, intonation sung and ear training.

Marco Lo Russo is described for professionalism, sensitivity, ability, talent and personality by critics, and by many world-renowned artists, like artist representative of the most advanced and updated guidelines of the musical culture of our time.
He is listed under best musicians in the Italian Yearbook of Cinema (Annuario italiano del Cinema) for his composing soundtracks, sound design for Cinema, TV (RAI, RTI, SKY), Theater, music for soloists and for its intense international concert activity.

Marco Lo Russo is internationally regarded as one of the leading contemporary Italian musicians. Eclectic and extremely fond of diverse multi-ethnic and contemporary sound and rhythm, he has received awards, press reviews and appreciations by international artists including Ennio Morricone, Leo Brouwer, Nicola Piovani, Pupi Avati and amongst others. His musical interest extends from the classical and contemporary music, to the argentinean tango, running through musical contaminations jazz and electronic. Marco Lo Russo has performed like accordionist soloist and was composing music in several international TV broadcasts on numerous occasions, also performing in the presence of Pope Benedict XVI and Pope Francis: The Bible Day and Night, The Betrothed of Italy and the Holy Shroud exposition. Like producer, with his music production by Rouge Sound Production label, finalist at the national Eurovision Song Contest 2017 in Lithuania.

Marco Lo Russo has shown his passion for musical art since he was young and in 1988 began studying accordion and piano at private music schools and like self-taught music. After high school graduating, in 1996 he began an intensive course of academic studies at the Conservatory of Music G. Rossini of Pesaro, Italy and at the University of Bologna, Italy. 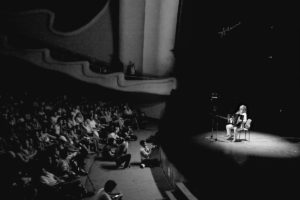 In 1997, in the same time of the academic studies, he started performing like professional musician in concerts, international tours (Johnny Lombardi‘s festival for Chin International Radio TV in Toronto, other cities in Canada and Europe) and collaborations on the world of jazz music and italian pop music for musical productions participating in the Sanremo Italian Song Festival: in 1999 with the songwriter Daniele Silvestri for the single Il Secondo da sinistra (then sung by Mina) and in 2012 with Chiara Civello for the single Al Posto del Mondo.

In 1998 he studied techniques and theories of jazz improvisation at Cesena School of Jazz, Italy with Stefano Nanni and in 1999 he participated in the international courses City of Stresa on  music literature classic and contemporary for accordion with Sergio Scappini, the organist Giovanna Franzoni and Emanuele Spantaconi, and also at orchestra conductor courses at Teatro Sferisterio in Macerata, Italy with the composer and conductor Maria Filippo Caramazza.

In 2001 he graduated in classical accordion at the Conservatory of Music G. Rossini of Pesaro, Italy where he later frequented also the course, always in classical accordion, as a trainee with Sergio Scappini.
In the summer of 2001 and 2002 he participated in international seminars jazz improvisation at Arceviajazz campus in the province of Ancona, Italy.

Between 2002 and 2004 he attended course of piano jazz and improvised music with Paolo Birro, Tommaso Lama, Paolo Ghetti and Stefano Zenni at the Conservatory of Music G. B. Martini in Bologna, Italy.

In 2004 he graduated in Art and Philosophy at the University of Bologna, course DAMS Music degree, with a thesis in Modern and Contemporary Music History: The Accordion, Musical instrument of the Twentieth Century, which he deepens the studies on organology and music literature for accordion. 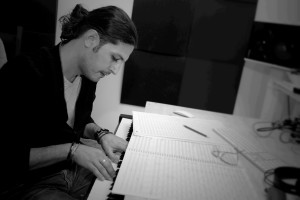 In 2006 he graduated in orchestration, arrangement and brasses instrumentation at the Conservatory of Music G. B. Martini of Bologna with the arranger Roger Mazzoncini, also where he graduated in composition (medium level – fugue and counterpoint) with the italian composers Gian Paolo Luppi and Adriano Guarnieri.
Between 2009 and 2011 he attends master in composition courses by Alessandro Solbiati based on music compositional techniques through logic formalized at the International Campus Music of Sermoneta, Italy that the course in orchestra conductor at the Conservatory of Music S. Cecilia in Rome, Italy with the conductor Francesco Vizioli.

In 2009 he was certified Apple Certified Pro, Logic and in 2016 in Sound Mixing Techniques and Signal Processors at Alessandro Magri’s AATC LogicPro.it to refine skills in music production, recording studio and computer music.

In 2010 he graduated in a music composition at the Conservatory of S. Cecilia in Rome, Italy with the highest marks, with the composer and conductor Francesco Carotenuto.

In 2015, in order to deepen classical and contemporary accordion musical literature, he get gratuated the Master degree in classical accordion performance at the Conservatory of Music G. Verdi of Milan, Italy with a thesis on the music transcription of compositions by Leo Brouwer from guitar to accordion (performed in absolute world premiere by Marco Lo Russo himself in 2012 at the International Chamber Music Festival Leo Brouwer in Cuba), will soon be released the book.

Marco Lo Russo, in addition to performing in concert like solo accordionist, composer or arranger for festivals of classical, contemporary and jazz music, like Jazz Foundation of America or international jazz clubs including such as the Blue Note, Something Jazz club in NYC, USA etc., theatrical shows with dance, in Italy and abroad (Latin America, Europe, Canada, Latin America, USA) has a number of collaborations with internationally renowned artists: for several years he has been accordionist of Nicola Piovani (Oscar for the soundtrack of the movie Life is beatiful, by and with Roberto Benigni)  in both cinematic and theatrical projects, as for the musical comedy Concha Bonita. 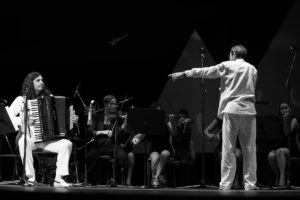 Considered for professionalism, artistic sensibility, talent, personality, Marco Lo Russo, has countless performances in prestigious environments, and in 2007 he has played like accordionist solo at the Opera House Rome, Italy for Marie Galante by Kurt Weill and for theatrical show and operas.
Like soloist accordionist, special guest, in chamber music formations and as composer / arranger, he performed in television broadcasts on RAI TV like Palcoscenico for the world premiere of the Oratory Il Soffio di Dio with Mariano Regillo and Lina Sastri, on Italia RAI International TV with Gigliola Cinquetti, SKY for Maurizio Costanzo, in the program 42.12 Mediterranean TV2000 in over 200 episodes in different television seasons, performing original compositions and transcriptions of classical music, on the occasion of the XXV National Eucharistic Congress in the presence of Pope Benedict XVI, on the program Il cuore dei Giorni on TV2000 like live guest performer during the return in Italy from Brazil by Pope Francis on World Youth Day – GMG 2013 as well as countless international networks during his tours: Radio InBlu, RAI International, Radio Rai and Vatican Radio and numerous other international media.

Marco Lo Russo was the musical artistic director for TV programs like for: RAI Storia/RAI International such as I Promessi Sposi of Italy and for concerts and events.

With sound search in the recording studio of his record label Rouge Sound Production, Marco Lo Russo has produced numerous music productions like a producer, performer, composer and arranger. Since 2008 he has founded the Marco Lo Russo Music Center Cultural Association in Sermoneta, Latina, Italy, center for music training and culture.

During his artistic career, Marco Lo Russo aka Rouge has received many awards, rewards and International prize for his activity and several honour prize for his performances and music production.