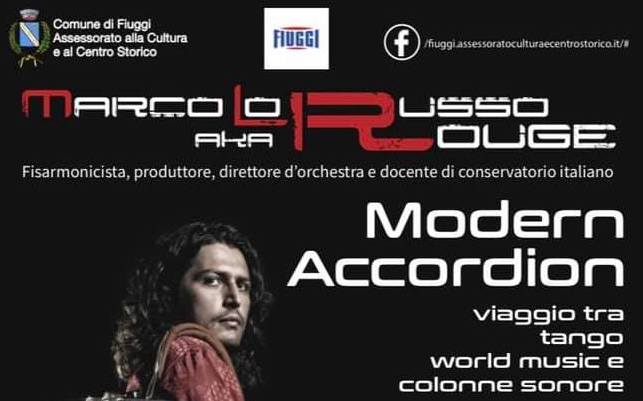 PRESS RELEASE. After the success of the concert dedicated to Saint John Paul II in San Pietro della Ienca, L’Aquila, Italy last August 2nd, accordionist, composer and producer Marco Lo Russo alias Rouge will be the protagonist on Saturday August 22nd at 9:00 pm in Piazza Trento e Trieste in Fiuggi in the province of Frosinone, Italy.

The event, organized by the Tourism Department of the Thermal Italian Municipality, in full compliance with anti-covid regulations, will give the audience a wide range of emotions.
Marco Lo Russo will accompany the audience on a musical journey around the world with a tribute to Italian cinema and the late Maestro Ennio Morricone, and then move on to the nights in the African desert and the warm and sensual Argentine atmospheres with a series of tangos choreographed by the masters from the school of Tango Arte del Movimento of Anagni, Frosinone.
Marco Lo Russo’s accordion, cleared from collective imagination, which sees it relegated to Italian folklore, becomes an instrument that can fit into different musical contexts, from classical repertoire to the electronic contamination.
Marco Lo Russo, accordionist of the Oscar winner Nicola Piovani, composer of the soundtrack of the film Life is Beautiful, by and with Roberto Benigni, internationally renowned concert artist and artist, composer, arranger, conductor, producer with his record label Rouge Sound Production, musicologist, as well as teacher in several Italian and foreign conservatories, is considered among the most representative contemporary Italian musicians of the new generation.
In addition to RAI, SKY, MEDIASET, TV2000 and others foreign networks, on some occasions also taking care of the musical artistic direction of world-wide TV programs, he was a finalist as producer at the Eurovision Song Contest Lithuania 2017 as well as having composed several soundtracks. Recently for the film Missoni Being dedicated to one of the Made in Italy fashion houses par excellence broadcast on SKY Arte, he is currently engaged in the composition and production of soundtracks for Rai TV and for international film projects. 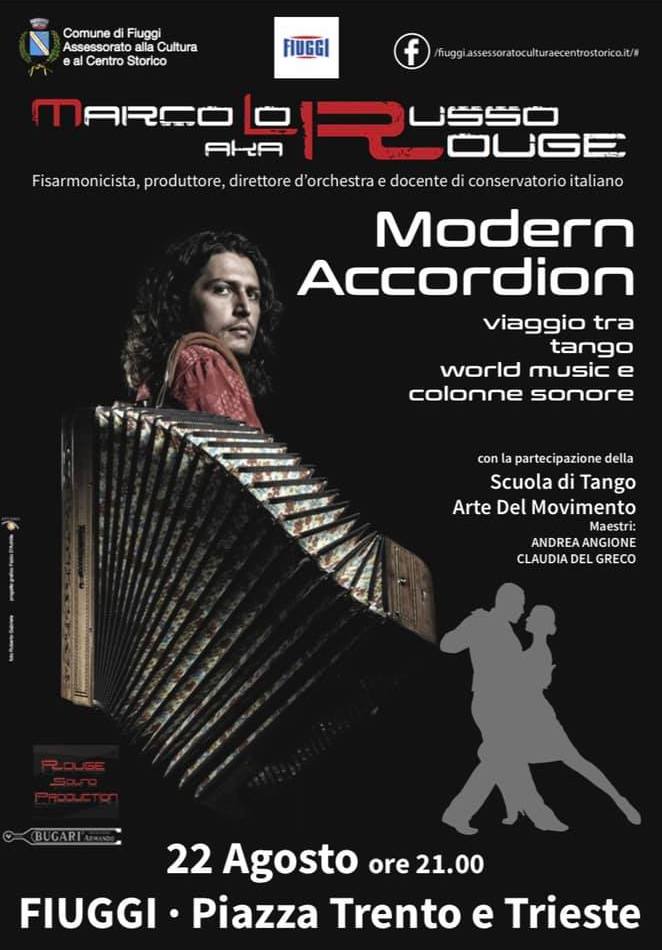