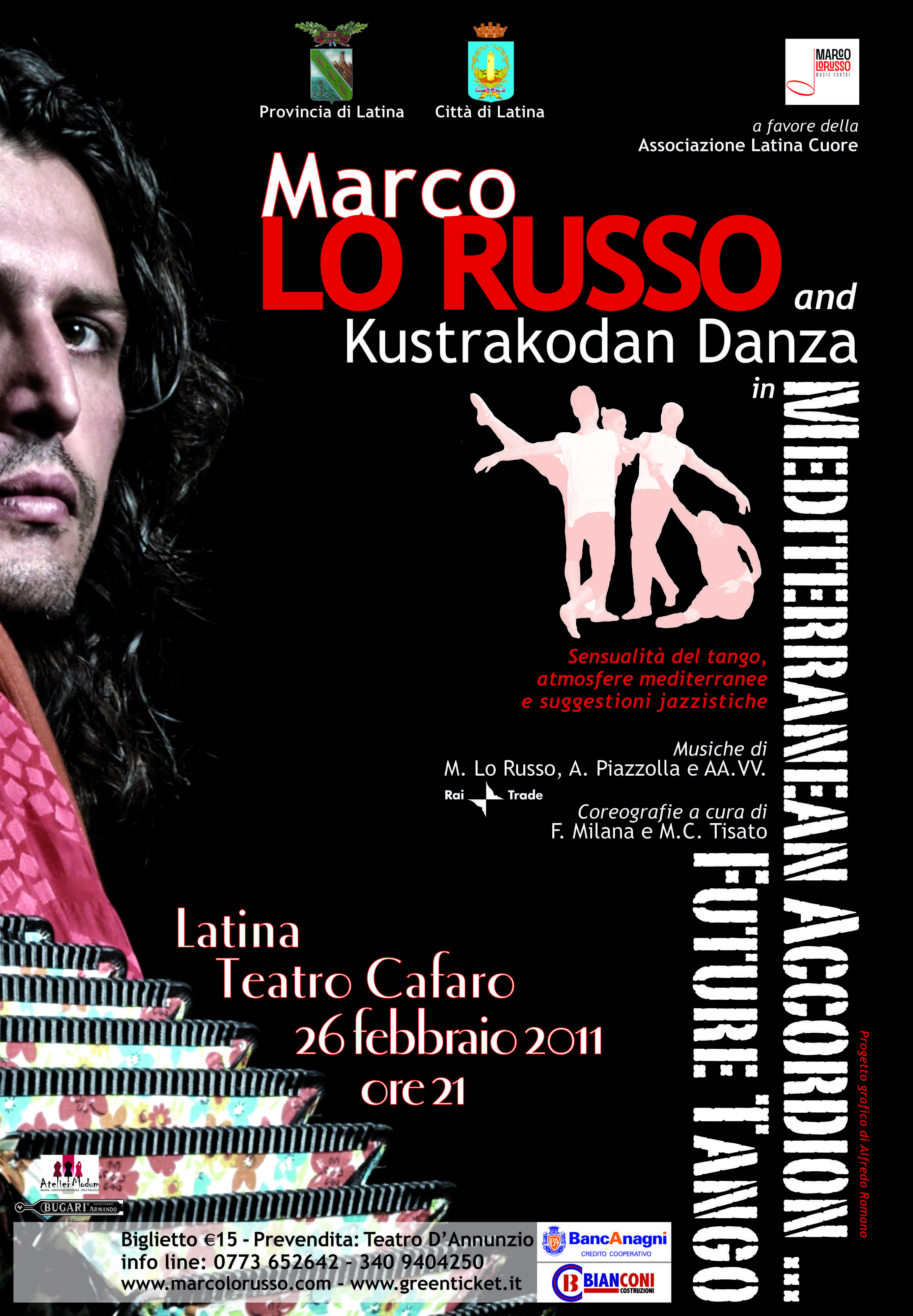 In collaboration with the Provincial Authority of Latina, Italy and the Local Education Authority of the city of Latina, the Cultural Association Music Marco Lo Russo Music Center has organized and promoted the art project of teaching music and dance Mediterranean Accordion Future Tango for the Province of Latina with special attention to students of schools.The events were held 22 to 26 February 2011 on the province with last performance in the gala evening of February 26, 2011 at the Teatro Cafaro, Latina. The event has been a great success both among the adult population than among students with shows dedicated to them that have emerged during the open debates, curiosity among art professionals and young people. The meetings were chaired by journalist and writer Maria Corsetti.