Music Made in Italy that does good

On December 7 2018, the Lo Russo Memorial was held at the Vittorio Veneto Cultural Social Center in Latina, Italy; a charity and benevolent motivation of Made in Italy concert.

The event was born out of the will of the Marco Lo Russo Music Center association and of the same Marco Lo Russo, who wanted to remember his grandfather Cosimo Lo Russo, pioneer of the Agro Pontino (during the reclamation in the province of Latina, Lazio, Italy) the and among the first presidents of the socio-cultural center Vittorio Veneto in Latina, still I live in the memory of many members of the center, just as the current president Aldo Pastore underlined: Today the center, which is also open to young people, has more than 1500 members and is one of the most important and qualified meeting places in the city of Latina. A result made possible also thanks to those who preceded us in the management of the Center itself and in particular its first President, Cosimo Lo Russo, who back in 1980 managed, with intelligence and spirit of sacrifice, to create the conditions that allowed the current growth. Although Cosimo has left us for several years, this year it is twenty years old, it is still thanks to his memory that our Center has lived one of the most important pages of its history, with the concert, that the grandson of Cosimo, the Maestro Marco Lo Russo, accordionist and composer of international fame, has dedicated to all the elderly of the Center in memory of his grandfather.
The concert program, for solo accordion, in a musical journey between original compositions, classical music, soundtracks, argentine tango, jazz and world music, also saw the special participation of the Korean soprano Min Ji Kang. 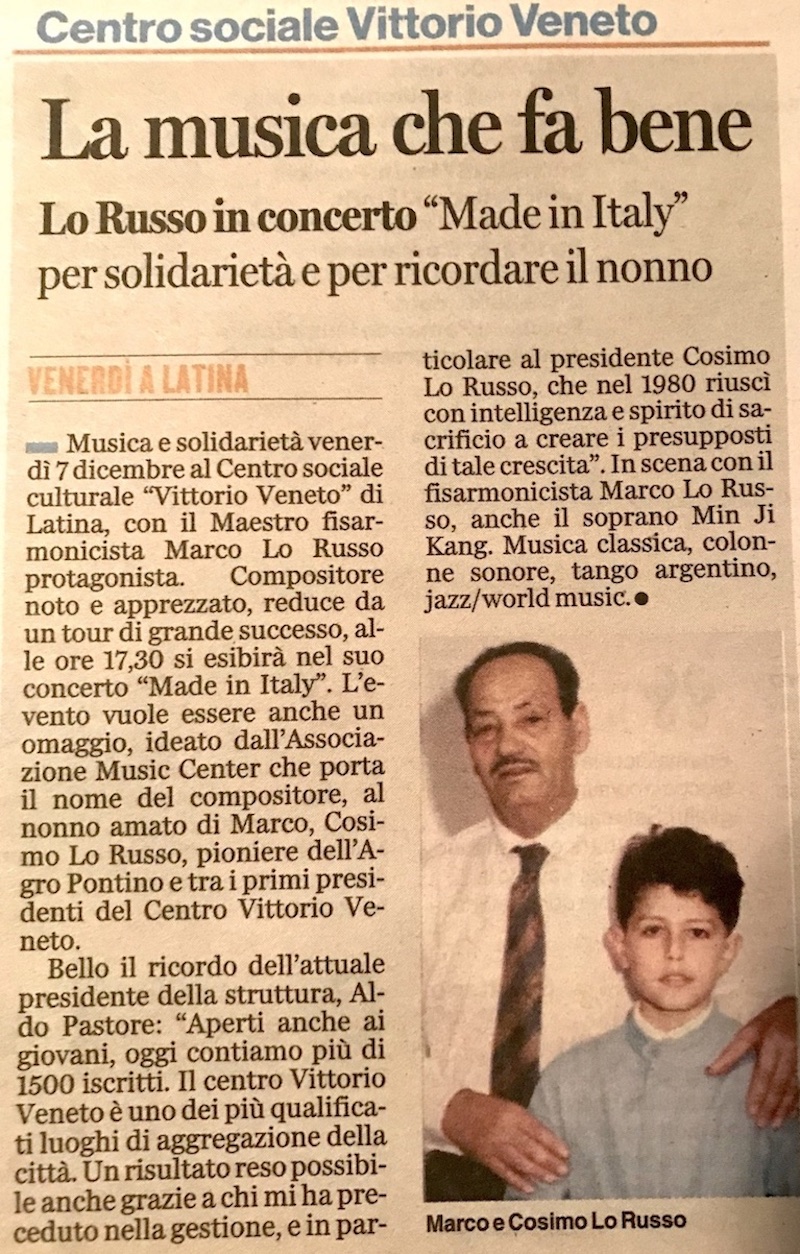