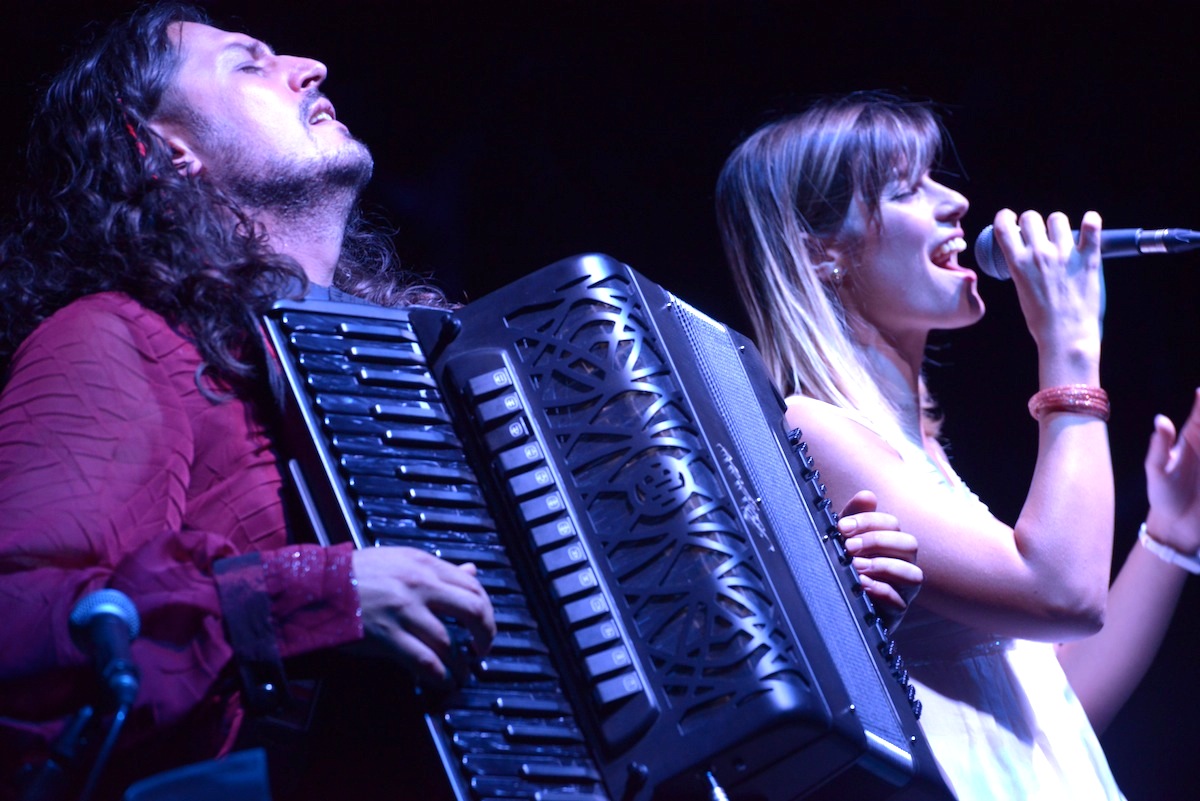 The live concert tour Made in Italy, officially presented in Cuba in November 2015, by Marco Lo Russo, will soon become a music production in  CD after many concerts in Europe, USA, Mexico and Africa. The album Made in Italy will be signed by Rouge Sound Production with direction as producer, composer and accordionist by Marco Lo Russo. La Rouge Sound Production, directed by Marco Lo Russo, is characterized by the fact that it is possible to achieve diversified music production, naturally passing through the soundtracks for Italian films TV and fiction RAI Television and to musical productions like as the recent EP 7 Days (Eurovision Song Contest Lithuania 2017).

Made in Italy, from concert show with accordion, with the coordination of Giulio Vinci and the collaboration of other artists, such as singer Maria Francesca Bartolomucci, will be an album that will gather some of the most famous Italian melodies and songs revisited in electroacoustic with the pulsating heart of the accordion, voice and sound EDM.
In this video trailer a taste of one of the first EPs scheduled to be released.

It will be an editorial plan with publications of musical productions pop and soundtracks. What we can anticipate is that the idea starts from the sounds experienced in the album Modern Accordion, in which the accordion sound is blended with electronic music.  We are deepening the search in this direction in the recording studio by Rouge Sound Production trying to donate our vision of Italian music. Among the first releases we have in schedule this EP review of the famous song Caruso by Lucio Dalla.
This music production is also the soundtrack of the charity fundraising project in favor of the OEPV in Mexico. Soon more information.

Also here is a video extract of one of the recent concerts Made in Italy by Marco Lo Russo in Italy.

and an acoustic version of Caruso by Lucio Dalla with Marco Lo Russo, diamonica, Giulio Vinci, piano feat the famous Cuban singer Augusto Enriquez on the occasion of the Made in Italy Caribbean tour concert in Cuba in April 2016.