Music tribute to Madonna of Pompei 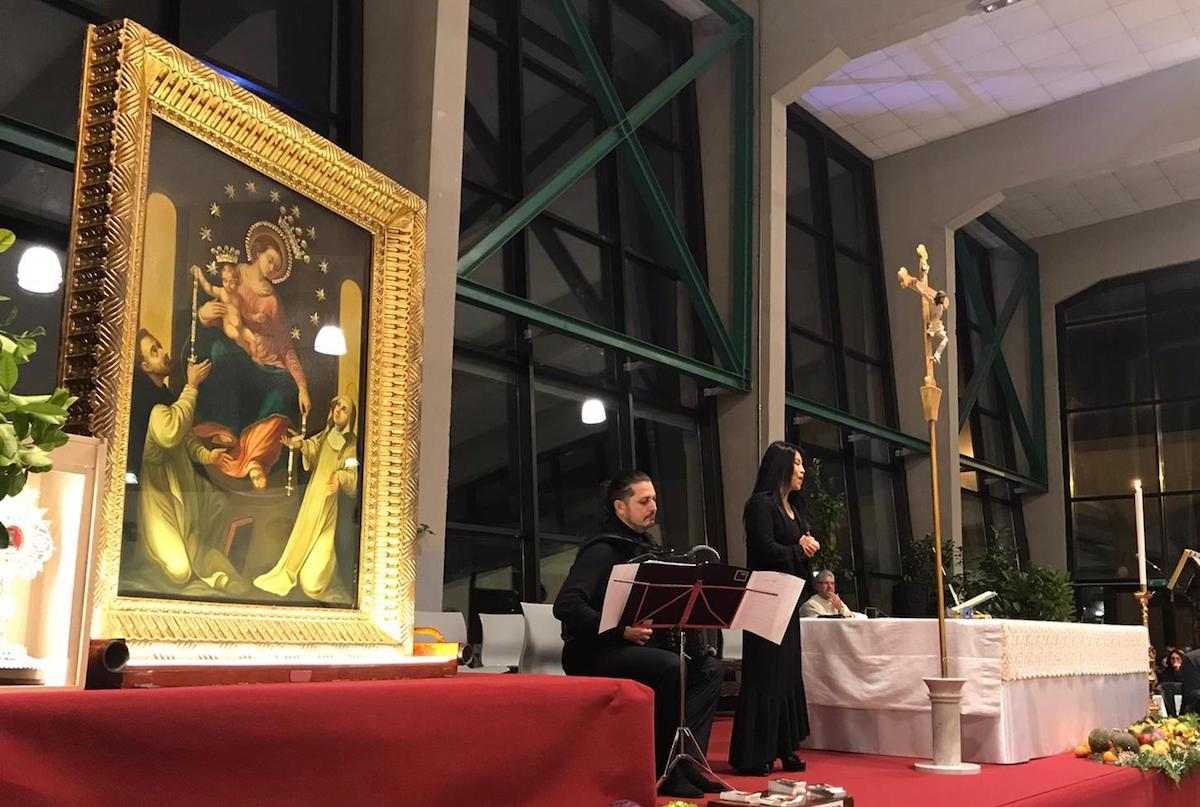 On 10 January 2020 the Madonna del Rosario of Pompeii, on the initiative promoted by Don Sandro Guerriero parish priest of the sanctuary of the Madonna del Cielo, with the collaboration of radio Civita in Blu arrived in the city of Fondi in the province of Latina. Marco Lo Russo with his Ave Maria composed and dedicated to Pope Francis featuring the sopranoMin Ji Kang and a reunion of the choirs of the parishes of the city of Fondi and have pay music tribute to the famous picture revered all over the world.  The Ave Maria is available internationally in all online stores like: iTunes   Google Play   Amazon

To welcome her, in the mass celebrated by the archbishop of Gaeta Luigi Vari with the priests of Fondi and Don Francesco Paolo Soprano, delegate of the Missions of the Shrine of Pompeii, at the MOF – Wholesale Agri-Food Center of Fondi, a very large audience with the civil authorities and military.  The celebration ended with the donation of a plaque positioned in the square of the MOF – Fondi Wholesale Agri-Food Center to commemorate the passage of the Madonna of Pompeii, who resumed her journey escorted by law enforcement, civil protection and hawks first aid. The Madonna will remain in Fondi until 11 January 2020 when the recitation of the supplication and the procession to the amphitheater in Piazza De Gasperi will be held, as well as the greeting to the Blessed Virgin of the Rosary of Pompeii.