The album World Music by Marco Lo Russo, create for RAI, as a restyling of the soundtracks of some television programs for RAI TV, was presented at the inauguration of the art exhibition, sculpture and painting by Loreno and Luca Sguanci at the Art Gallery in Rome. Luca Sguanci is also the author of the cover of the album.
The East Market song contained in the CD world music was also the soundtrack of the journey Marco Lo Russo made to the discovery of Morocco. 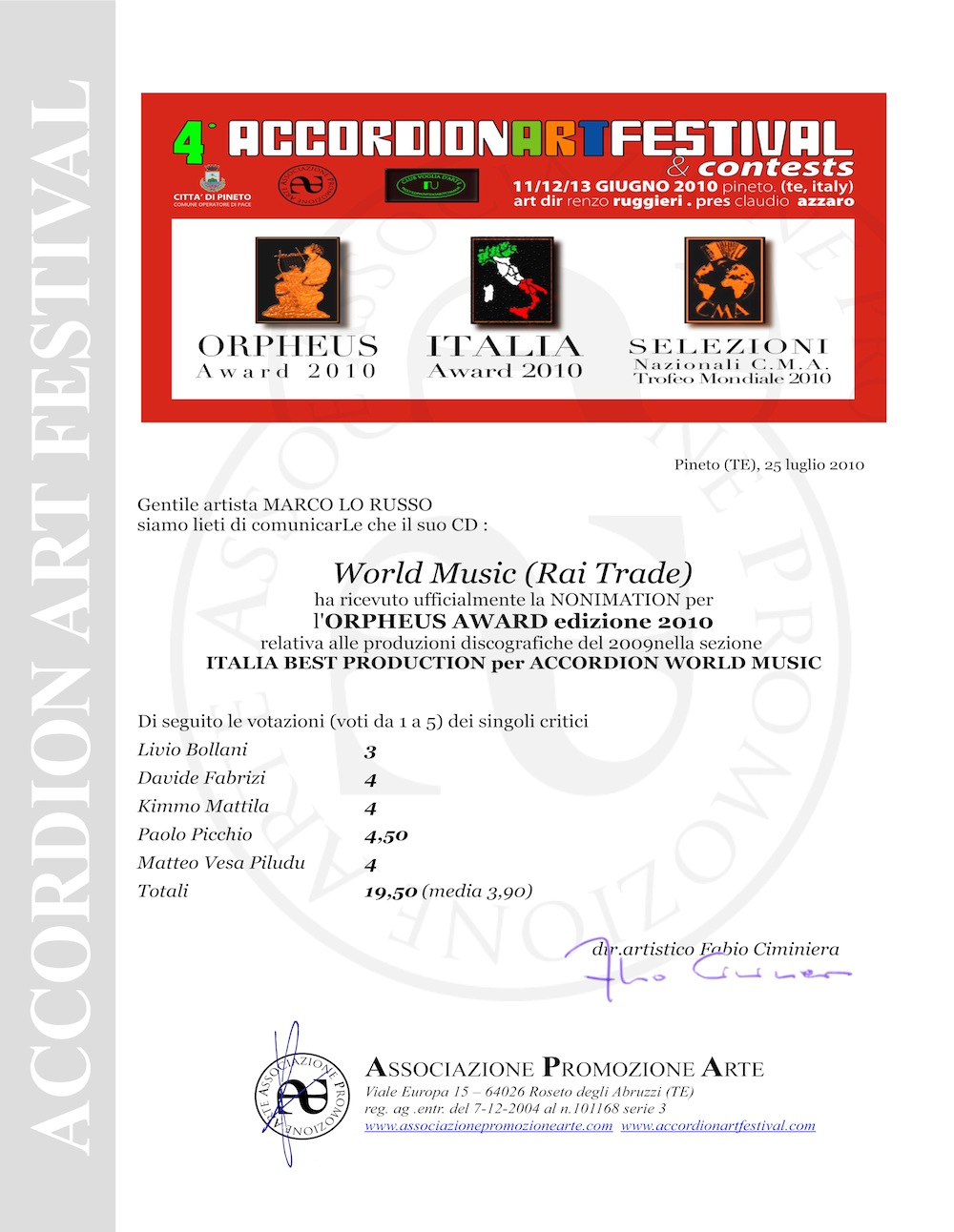