Sacred Harmony: concert of classical and sacred music for accordion

The concert Sacra Armonia, inspired by musicological studies and the research by Marco Lo Russo, proposes a repertoire of classical and sacred music transcribed with the accordion that embraces about five centuries of music: from the sixteenth to the 21st century.

The accordion, originally born as a replacement instrument for the portable organ and the virginal, evokes, thanks to original sounds, almost organist and very suggestive atmospheres in a repertoire of songs that invite to recollection and reflection: classical authors such as Bach, Caccini, Marcello , Vivaldi, Rossini, Satié, Pergolesi, contemporaries who in their soundtracks celebrated life and finally original compositions by Marco Lo Russo, who had the honor to perform in the presence of Pope Benedict XVI and Pope Francis for l ‘The Holy Shroud from the Turin Cathedral, Italy as well as for the full reading of the Bible, The bible day and night: events transmitted by RAI in TV world vision.

All compositions are arranged and redesigned by Marco Lo Russo. The concert program also includes the repertoire of the original composition of Marco Lo Russo Ave Maria, dedicated to Pope Francis. The premiere took place during the prestigious Festival Kracow Sacred in the Sanctuary of St. John of God in the Fatebenefratelli church in Krakow, Poland on 15 August 2017. 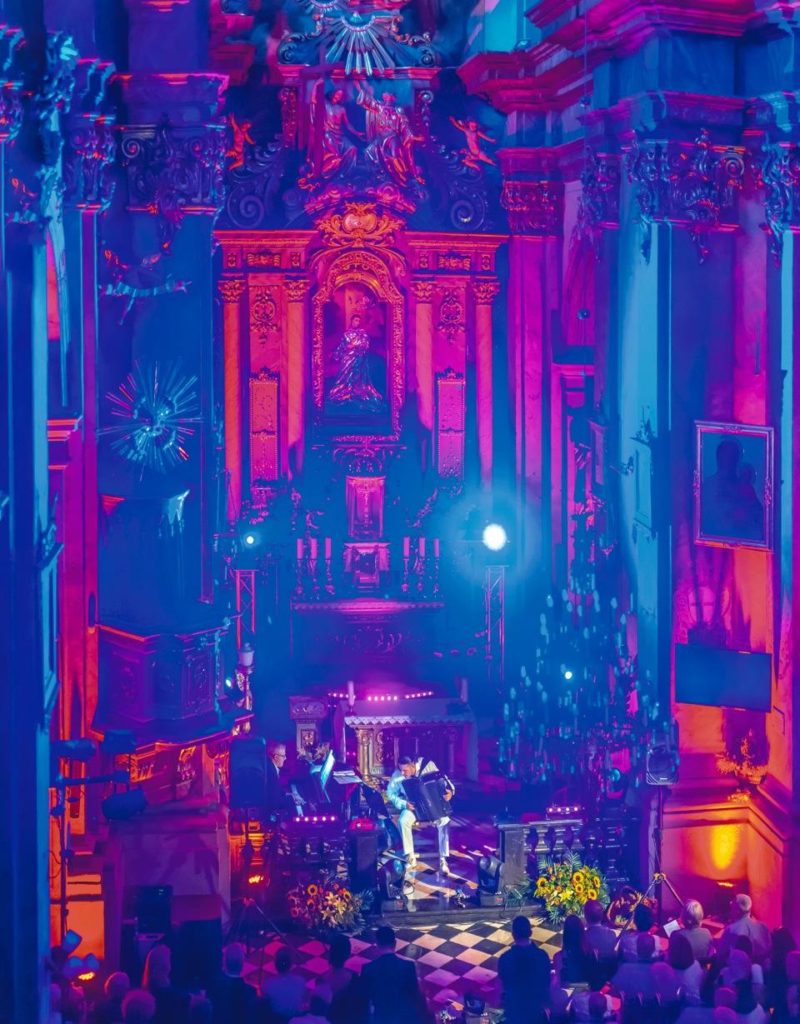