Letter of thanks received from the Vatican secretariat of state in response to the homage of the musical composition Ave Maria, sent and dedicated by Marco Lo Russo to Pope Francis.

with an esteemed letter dated 25 September, Ella wanted to address to the Holy Father expressions of respect and devotion and, in uniting a CD and the musical score of the Ave Maria dedicated to him and composed by you, gave him a special request.
In thanking for the act of devoted homage and for the sentiments that have suggested it, His Holiness exhorts to an always profitable artistic activity, which opens the heart of every man to the mysterious and inscrutable designs of God, our light and salvation and , while asking to pray for His person and for His universal mystery, He entrusts you and your the family, the maternal intercession of the Virgin Mother, and gives to you Apostolic Blessing, extending it to your loved ones, as a pledge of all heavenly grace. […] 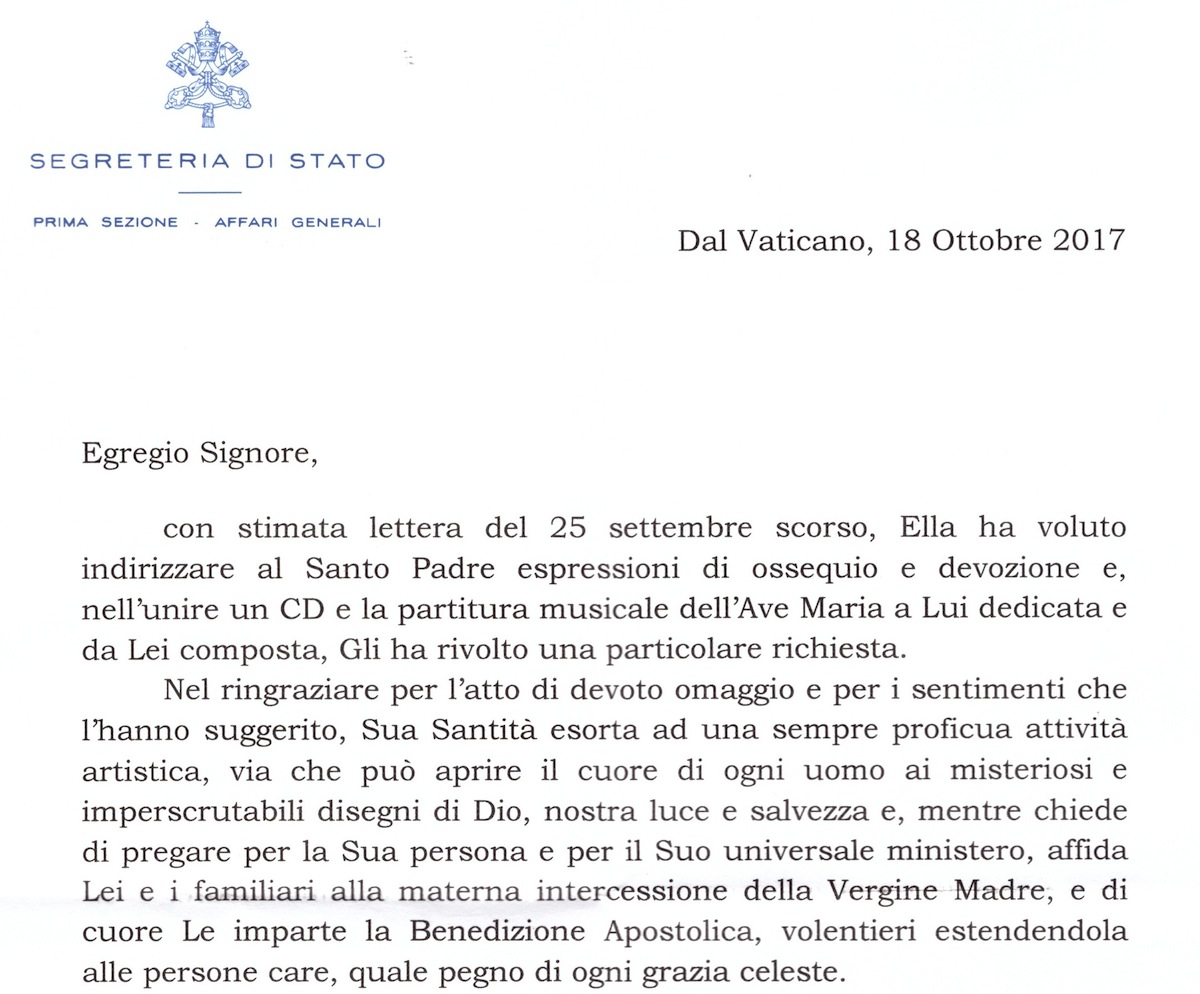