Virtuoso accordionist in the video Nostalgia i Ty with Agnieszka Chrzanowska

In the spring of 2013, while I was in Victoria, Sicily Victoria, like as a special guest for the event Sicily Fashion with other colleagues including the actress Mita Medici, I had the pleasure of meeting Mrs. Bianca Cimiotta Lami (President the jury of the event in Fashion Sicily) and between the various chatter told me about a country that since childhood I was fascinated, not only because it is the birthplace of Fryderyk Franciszek Chopin, Pope John Paul II and Nicholas Copernicus but for lots of curiosity I had in mind as the language, the food, the customs and the importance that Poles feel for the family institution: Poland.
Mrs. Bianca Lami has got to go several times in Poland and to have worked with the Polish manager, journalist and producer Michael Jedynak who knew indirectly thanks to the Polish journalist and writer Aleksandra Zapotoczny  who interviewed me for the Polish edition of the Messenger of St. Anthony. 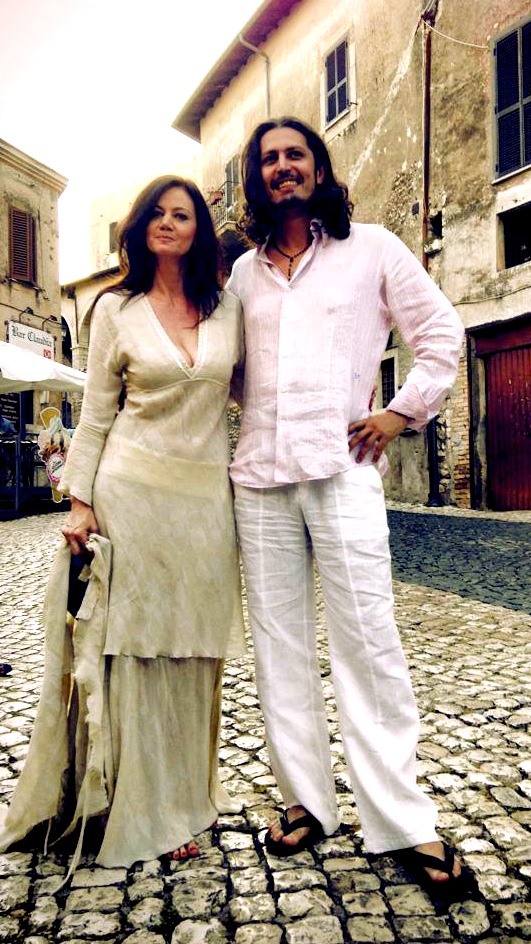 In the summer of 2013 Michal Jedynak found himself in Sermoneta with the singer Agnieszka Chrzanowska for the filming of the video clip of the single Budzę się from the album PIOSENKI DO MĘŻCZYZNY that was about to be published by Poskie Nagrania. We arranged a meeting in this moment.
From this pleasant meeting we left with the idea of creating something together and Agnieszka gave me the advance copy of the album PIOSENKI DO MĘŻCZYZNY that once home I listened carefully.
Despite not understanding the language I was very impressed by the voice of Agnieszka and as promised I wrote my impressions on the disk.
The first week of October 2013 we realized the recording session and video recordings of the video clip Nostalgia i ty, single from the album PIOSENKI DO MĘŻCZYZNY.
On October 2, we made the recording audio session for the PIOSENKI DO MĘŻCZYZNY in Krakow with the sound engineer Aleksander Wilk. The video footage, which involved me, were carried out during the day and the night of October 3, and had as production manager Michael Jedynak. Filming and editing were done by Dawid Woźnica Bycze film. The locations for filming were the Theatre Ludowy at Market Square in Krakow, the Theatre Scene Pod Ratuszem the Piwnica Pod Baranami, at ul. św. Idziego (via Sant’Egidio) in front of the Wawel Royal Castle, at ul. / Grodzka Street and Rynek Główny, Market Square in Krakow. The debut was made on October 4, 2013 on the stage of the historic and legendary Piwnica Pod Baranami in Krakow.

After this artistic experience I went several times in Poland and in different cities: Sosnowiec, Serock, Gdansk, Katowice and many others like accordionist collaborating with various artists finding always a wonderful audience.

photo in theater by Sobiesław Książek 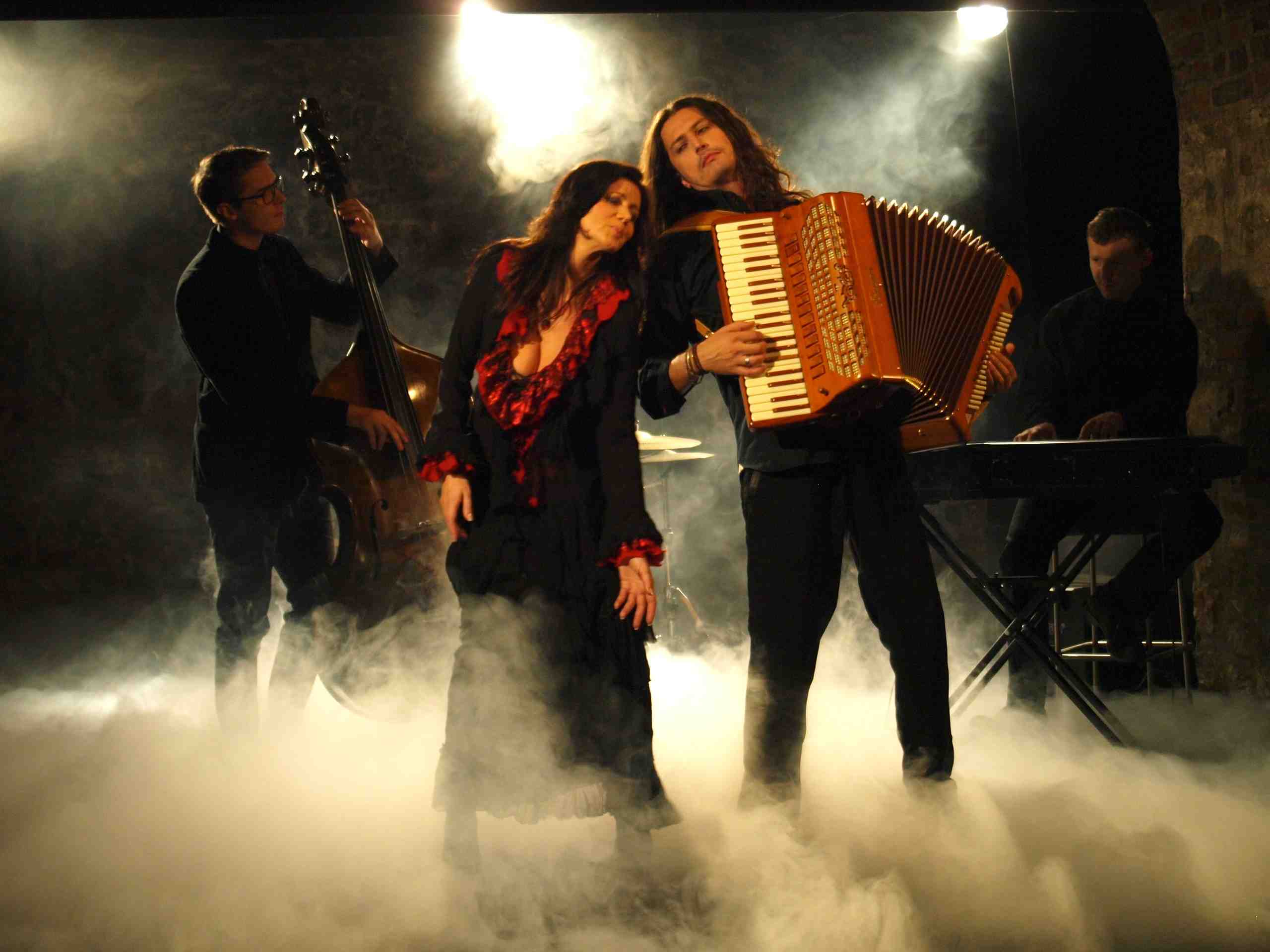 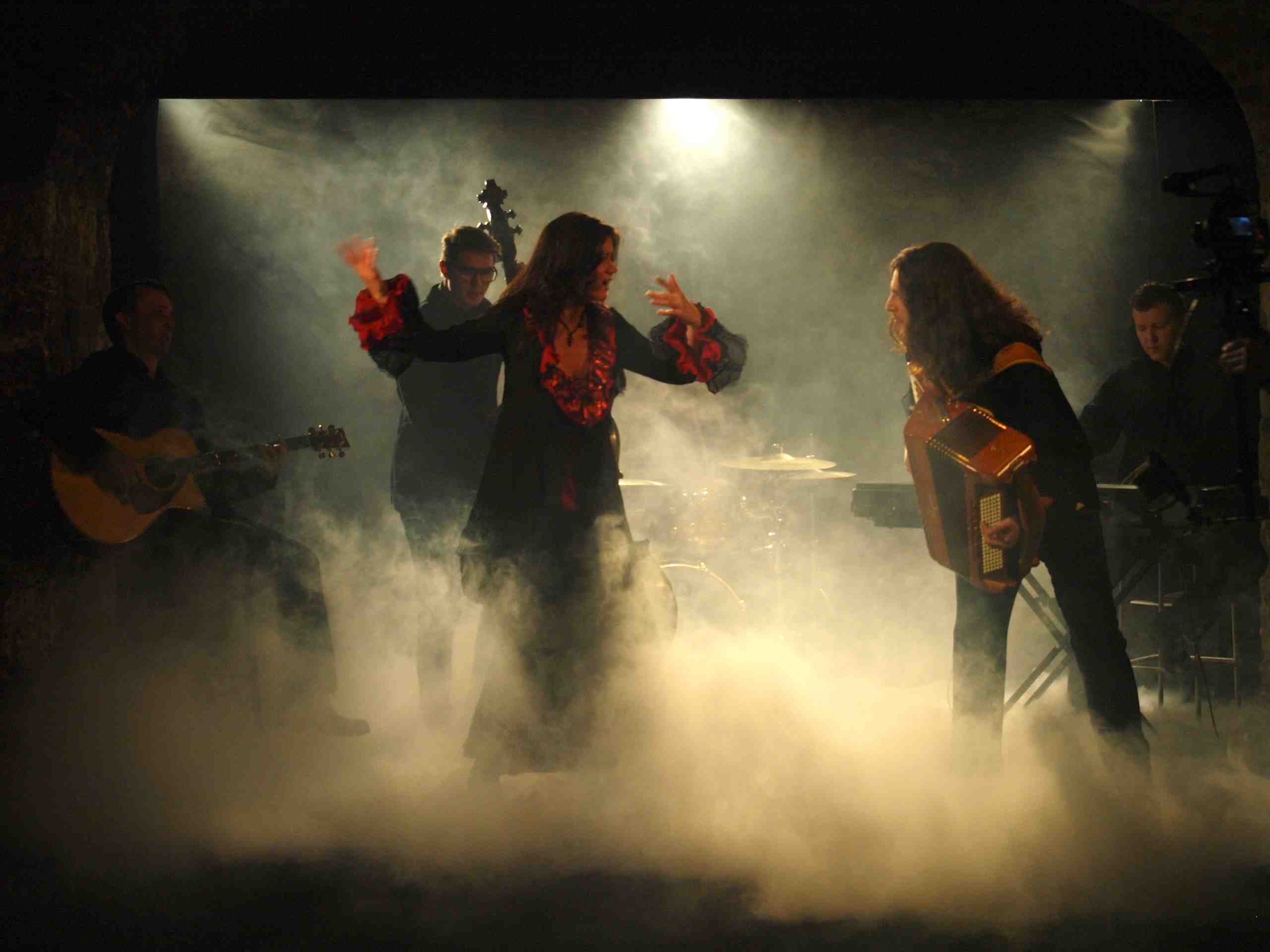 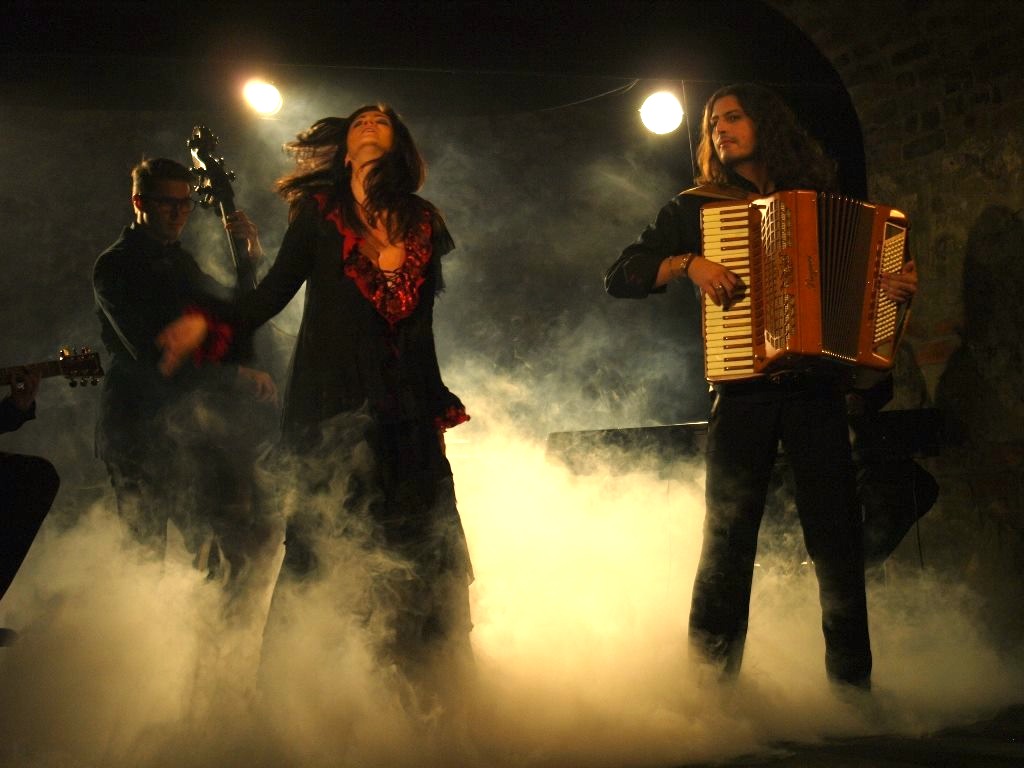